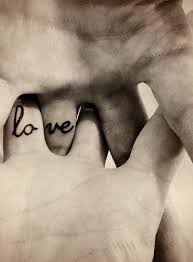 As much as it interests everyone to have the fairytale kind of love, we have to be honest that not everyone will. There are some that will be absolutely unlucky in their choices with divorce or death being the only way out, some will be forced into single parenting, some will die single because they refuse to lower their expectations and are being told to have faith, others will claim to have been pushed into being lesbians because men weren’t forthcoming. On the sidelines, however, are the small group that is realists and are aggressively honest with themselves. They do not believe in love at first sight nor do they believe in fairytales. They know that relationships take hard work, and are willing to do it if they found someone as willing as they, to do it with. It is in this group that I, unfortunately, find myself.
As a child, I used to be wary of topics that dwelled on marriages, although a childish part of me wanted the prince charming tales to be true. The more I hoped to one day meet my charming prince, the more I told myself there were no such things in reality. I knew from a young age that men would always cheat, they would always nag, and they will never be completely satisfied. I had watched my parents closely and I learned. As a father, my dad has always been the greatest but as a husband? He wasn’t exactly charming… Yet my mom worked hard on the marriage, and she managed to keep it together. I watched my mom work tirelessly to become compatible with her husband, and I took down notes.
I learned that there is nothing like “compatibility” in relationships. Compatibility on its own is a choice. When you make a conscious decision to be with someone, and you work together with the sole purpose of keeping your relationship, then you start being compatible. It does take 2 Afterall, to tangle.
I learned more just by watching other people than on my own- especially when I barely ever experience anything different from my “norm”. This prepared me for the harsh realities of being in relationships so I always kept my expectations low. So low, that I never believed any man could be faithful or loyal to a woman nor did I believe that any man could be totally trusted. I tried as much as possible to be close friends with my men and only asked for their complete honesty. I would like to know when you are cheating on me, and the escapades you have with the guys. That was my genius plan to having my own happy ever after. Somehow though, they still couldn’t manage to tell the truth even to a girl willing to take as much bullshit as she could (However, abuse of any form, is certainly not included in the relationship agreement and will never be condoned). Obviously, my single status for the past 5 years is proof that I didn’t find men willing to work hard enough for a stable relationship.
Did I mention relationships are hard work? And dating is even harder. Now humour me with this;
While dating and being confused about making the “right choice”, I meet a complete stranger that I am attracted to. Maybe not totally a stranger, but I had only ever met him from a distance. So, we got talking, chatting, and getting to know a bit more about each other. It was no secret that there was a sizzling passion brewing between us and it felt like it would explode. In three weeks of constant communication and hangouts, we decided to throw caution in the wind and get married. We both belong to the group of realists and we both wanted to make it work. We knew society would judge us, so we kept it secret. In the fourth week of our meeting, we went to the registry with a friend each as witnesses. We took our vows, and exchanged rings, becoming one for all eternity. Of course, we had our wedding night, and neither of us was disappointed. We returned back to our previous lives- me, as a single girl living with her parents & him, a bachelor devoted to his work and flirting with girls. We did not see often, but we knew our truth deep in our hearts. We were married before we began to get to know each other well, but we stuck together anyway because we were committed to the same cause.
It was a year later when I realised I was expecting our first child, that we informed our families of it all. We did a small traditional ceremony, for our families. They felt completely shut out of our lives, so we sort of appeased them with a wedding ceremony they could participate in. It’s been 10years, and we are still going strong. We still respect and love each other as we have always done, and we are still committed to making it work. Was I lucky? Yes, but I worked very hard for it!

Commitment is the reason two strangers come together and remain together!

Con Amor
Yours truly, LadyAries at 03:13 No comments:

LadyAries
Welcome to my world... I am a girl with no degree in writing but with a strong passion. Writing is my way of expressing myself so, I hope you have a wonderful time reading my posts. Do sit back, get a soda, and enjoy!
Older Posts Home
Subscribe to: Posts (Atom)

LadyAries
Welcome to my world... I am a girl with no degree in writing but with a strong passion. Writing is my way of expressing myself so, I hope you have a wonderful time reading my posts. Do sit back, get a soda, and enjoy!